Corte dei Papi estate covers an area of about 190 hectares between the towns of Paliano and Anagni in the heart of the production area of Cesanese del Piglio D.O.C.G.

The estate is nestled in the hills resulting from the karst erosion that interested the area in prehistoric eras: this ancient geological origin makes the three hills of the estate and the surrounding landscape soft and very beautiful. The farm is named after one of its three hills, Colletonno – “Round” Hill, in the dialect of the area – surrounded by Colle Ticchio covered by part of the homonymous wine vineyard and Colle Ricchezza, old nickname given to the third hill for the generosity of the land.

Our brand is inspired by the symbolism and the accuracy of the floor of the Cathedral of Anagni, made by the “ Cosmati” – a Roman family of artists who became famous for the beauty of their mosaics in the twelfth century.

The two concepts - symbolism and accuracy - are the core of our philosophy: on one hand we want to collect the inheritance of a millennial tradition, on the other we want to make it perfect carefully using the modern tools at our disposal, thus mixing ancient techniques and modern technologies. 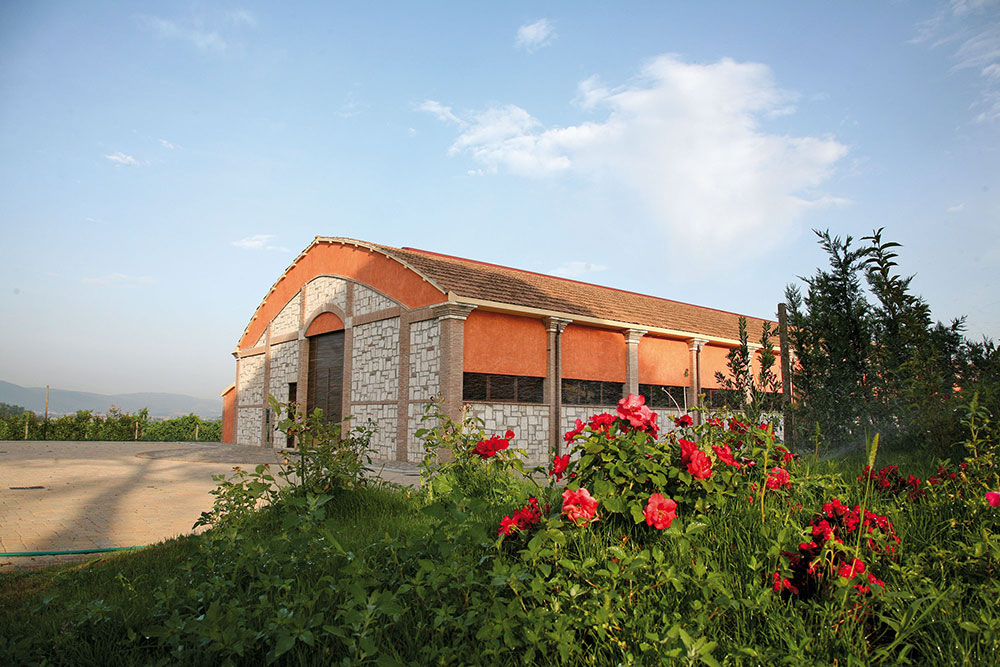 Our winery in CORTE DEI PAPI has been made out of a building formerly used as a sheepfold.

The old architectonic shape has been maintained and the materials used in the restructuring of the winery come from the surrounding area, respecting the local traditions.
We have equipped the premises with all the devices we thought necessary to make our “Cesanese” the way it is. So the winery has a very good thermal insulation system and the possibility to control both the natural light, which comes in through the windows, and the humidity in the aging areas. 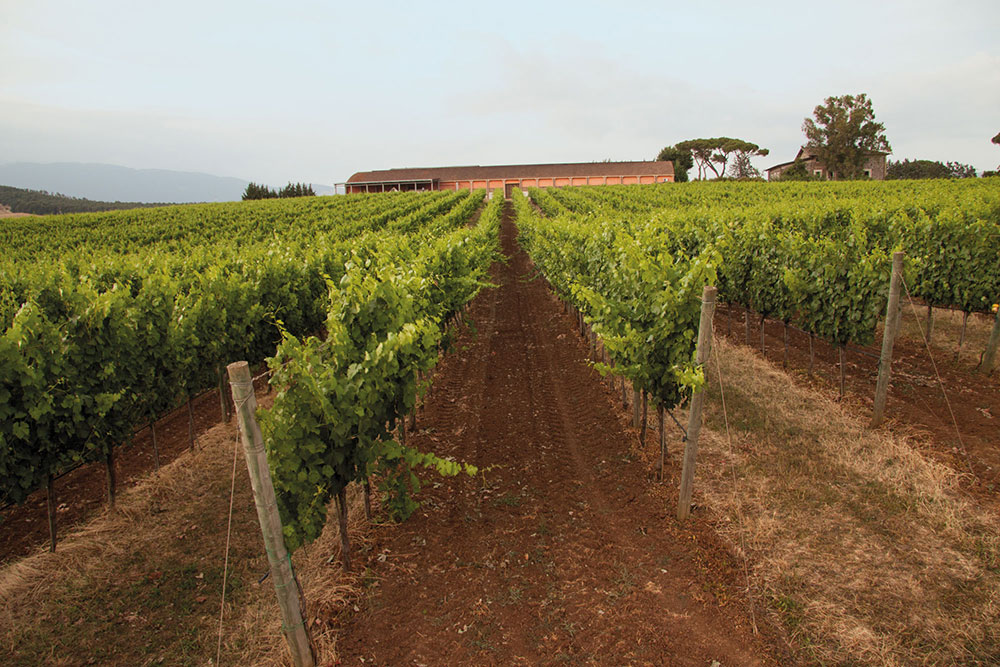 This choice comes from the desire to reproduce the old distribution of varieties in the historical vineyards of our territory and to reinterpret, with modern technology, the knowledge consolidated by centuries of experience.

The harvest is done manually and the winemaking operations always take place immediately after harvest.

The type of cultivation chosen for our vineyards is that of one armed cordon – each plant is restricted to a single stem by controlled pruning - with short pruning, six to eight buds per grape plant. Great importance is given to green pruning to control both vegetation and production: the many annual thinnings allowing both a low yield (about 60 quintals per hectare) and a uniform process of maturation of the grapes.

"Cesanese del Piglio" is the licence that regulates the production of wines in our territory. Drafted and approved at the beginning of the seventies (1973) our DOCG (Designation of Origin) regulation specifies that this wine district includes an area of five municipalities: Acuto, Anagni, Paliano, Piglio, Serrone and that the grapes that traditionally form the basis of our wines are "Cesanese Comune (Local Cesanese)" and "Cesanese d’Affile", genetically different vines despite the fact that their names might suggest otherwise.

A grape called "Cesanese" and grown practically everywhere has always existed in Lazio. Only at the end of the eighteenth century a new variety which, in a short time, conquered the winemakers for its high sugar content and its aromas of violets and blackberries appeared in the territory of our DOCG. It was called "Cesanese d´Affile" after the place where the first cuttings were planted.

The two grapes were accompanied by a small percentage of "Nostrano", ancient precursor of Sangiovese, today to be found only in our territory, and which we have implanted on our estate. 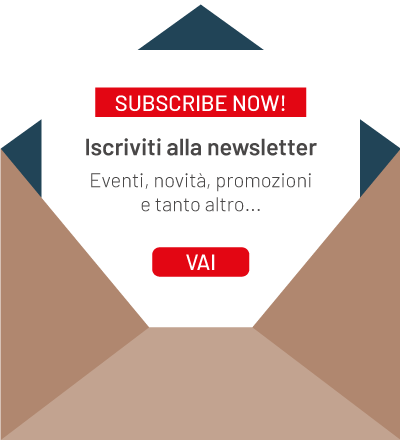